Many of us were thrilled to learn that a recent Thanksgiving week blog-video by the leader of one of the world’s most prominent and impactful scientific agencies featured the research achievements of one of our faculty members, alongside the similar achievements of faculty from world-leading research institutions such as the Massachusetts Institute of Technology, the California Institute of Technology and the University of California, San Diego.

The inventions? A wearable ultrasound patch for monitoring blood pressure; a laser-powered glucose meter that measures blood sugar through the skin; a 15-second breast scanner; a white blood cell counter; and a neural-enabled prosthetic hand system that restores a sense of touch, grip, and finger control for amputees.

Our own Dr. Ranu Jung, the Wallace H. Coulter Eminent Scholars Endowed Chair in Biomedical Engineering at the College of Engineering & Computing, along with colleagues in and out of FIU, have created a fully implantable, wirelessly controlled system that directly stimulates nerves. The FDA has already allowed an investigational device exemption for a first in-human trial of the neural-enabled prosthetic hand system. 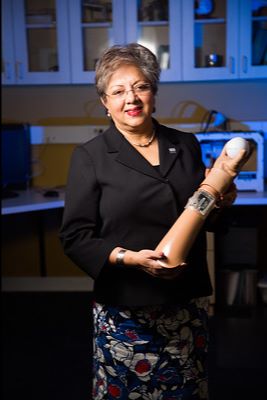 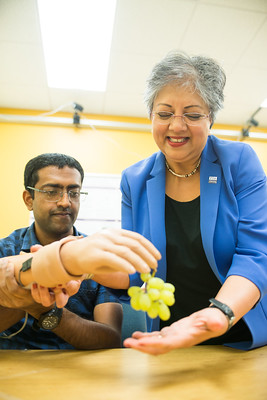 Imagine not being able to grip and feel the touch keys that enable the hand-held device that you are likely using to read this message. Imagine a world in which an individual who has lost a hand can now realize the wonder of touch again through prostheses that begin to replicate the agility and feel of our wondrous limbs that we so much take for granted.

Dr. Jung herself has dedicated over a decade to the research that has led her to the success that is now being highlighted. In her characteristic modesty, she responds, “We are honored that our project was selected.” One of her soon to graduate doctoral researchers, Andres Pena, goes further: “I have had the opportunity to work within a very unique team to design and develop this technology. Together, we have taken an idea and turned it into a reality of seeing someone’s face react when they feel something for the first time in many years after losing their arm,” he said.

But this trendsetting research did not just happen. Like so many other positive developments at FIU, today’s successes can be linked to multiple strands of dreams, decisions, actions and personalities over two decades that have enabled Dr. Jung’s amazing work. Here are some of those fascinating strands that are part of this story.

Credit former FIU Dean Gordon Hopkins with the vision and energy to enable a research-oriented College of Engineering at FIU. Hired as dean in 1983 by President Gregory B. Wolfe, Gordon was the ever-present advocate for advanced research at the university along with Dr. Thomas Breslin in the sponsored research office. In part as a response to the emergent biomedical device industry in South Florida, they hired a mechanical engineer with a focus on cardiovascular devices, Richard T. Schoephoerster, in 1990. 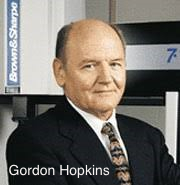 A key part of this journey actually relates to physical space. By the mid-1990s, FIU was reporting a deficit of over 600,000 square feet of research and classroom space. An opportunity emerged to purchase an empty former manufacturing facility just to the north of the Tamiami Campus. State legislators stepped up to redirect some funding and provide new support for the university to acquire the site at the corner of Flagler and 107 Avenue. This occurred in 1996-97—without this, the narrative would have ended here.

Then a Quality Improvement Program grant in 1997 enabled university investment in a Cardiovascular Engineering Center to link emergent biomedical research with South Florida Industry—engendering momentum that could not be stopped. A major private donation from Norman Weldon, a co-founder of the Cordis Corporation, enabled a $100,000 fund to provide undergraduate research assistants for the emerging program.

And make them happen…

A new master’s program in biomedical engineering was started in 1998. In 1999, a Special Opportunities Award from the Whitaker Foundation led to the establishment of a Biomedical Institute. In a light-hearted moment, Richard will tell you that we would not have a Department of Biomedical Engineering today if it weren’t for a post-lunch Chinese fortune cookie predicting in early 2001 that he “would prosper in biomedical research.” A major $5 million gift from the Coulter Foundation in 2001, matched equally by the state, laid the basis for the establishment of a full-fledged department. 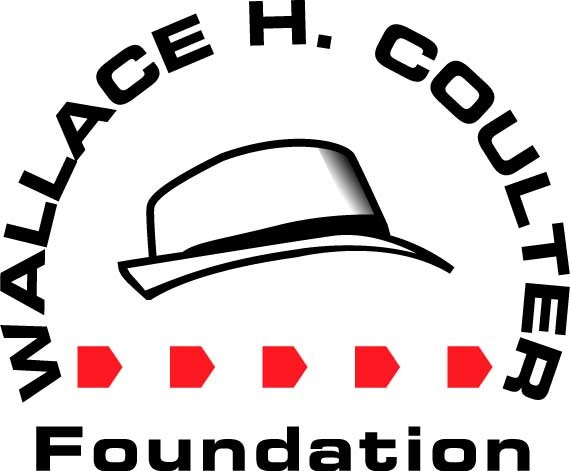 Credit visionary and hard-working leadership for this momentum. Others helped in the early days—Malek Adjouadi, Armando Barreto, Jimmy Moore, and Anthony McGoron among the faculty. The Coulter Support in particular enabled a nascent faculty mind-set in translational research that led to clinical engagements for our researchers in area hospitals and clinics. Credit strong partnerships with Nicklaus Children’s Hospital, Baptist Health Systems, and Mt. Sinai Medical Center, among others, and recruitment of faculty Coulter Fellows Anuradha Godavarty, Shuliang Jiao and Jessica Ramella-Roman.

Parallel to these developments, Dr. Jung’s project was originally created in 2006 at Arizona State University (ASU), where she previously worked alongside her husband James Abbas, director of the Center for Adaptive Neural Systems at ASU’s School of Biological and Health Systems Engineering. Funding was initially granted in 2007 by the National Institutes of Biomedical Imaging and Bioengineering (NIBIB) of the National Institutes of Health (NIH) for development of the technology.

Then, in 2011, Dr. Jung joined FIU’s engineering faculty as chair of the Department of Biomedical Engineering and the research was moved to FIU. An FDA investigational device exemption was obtained in August 2016. This was followed by funding from DARPA/Army Research Office for initiating the clinical trial.

In 2019, NIBIB (NIH) provided additional funding for the clinical trial and the Department of Defense through the Joint Warfighter Medical Research Program provided funding to expand the trial to an additional site –the Walter Reed National Military Medical Center. (The latter expansion will require further FDA and IRB approvals.)

Dr. Jung, a biomedical engineer, has held the WH Coulter Eminent Scholar Endowed Chair in Biomedical Engineering since her arrival at FIU. This endowment from the Coulter Foundation has been critical to the initiative’s success. It has underwritten expenses related to technology development and clinical trials, as well as salary for some of the laboratory staff to prepare and apply for federal grant funding.

Even more impressive, since its founding in 2003, the Department of Biomedical Engineering at FIU has produced more than 953 graduates and is currently among the Top 20 programs graduating biomedical engineers with a bachelor’s degree, including the highest number of Hispanic and second-highest number of African-American students. Graduate student enrollment has grown and is at an all-time high. This includes students working directly with Dr. Jung and her colleagues on the neuroprosthesis project, including Andres Pena, Diego Aguilar, Tommaso Beningni, Aliyah Shell and staff scientists now also pursuing a doctoral degree in parallel (Sathyakumar Kuntaegowdanahalli and Anil K. Thota).

Biomedical engineering faculty research in photonics, cell and tissue engineering, neuroscience and neurotechnology is flourishing with federal grant support from the National Institutes of Health, the National Science Foundation, the Department of Defense, and from others like the American Heart Foundation. Faculty are conducting clinical trials, regularly receive patents for their inventions, and have launched biomedical start-ups.
Dreams. Decisions. Actions. Personalities. Two decades later we can write about what we earlier dreamed about. Words have become deeds and people’s lives have been and will be improved because we did not limit ourselves to what we had. We wanted more. We found a way to get it. We delivered as we said we would. Don’t believe it? Just watch the Thanksgiving blog-video. Turning the impossible into the inevitable—that’s how we roll!
In the Panther spirit,