Life is full of ironies — and here is another. In an earlier phase of my work, I had the privilege of co-chairing a US General Accounting Office assessment on the impact of U.S. foreign assistance to Central America in the 1980s. A finding, among others, was that the deep violence and instability would cause significant out-migration from the region to the United States, especially among people from El Salvador, where a civil war raged throughout the late 1970s and well into the 1980s. This briefing details how this out-migration actually played itself out for one family connected to FIU. 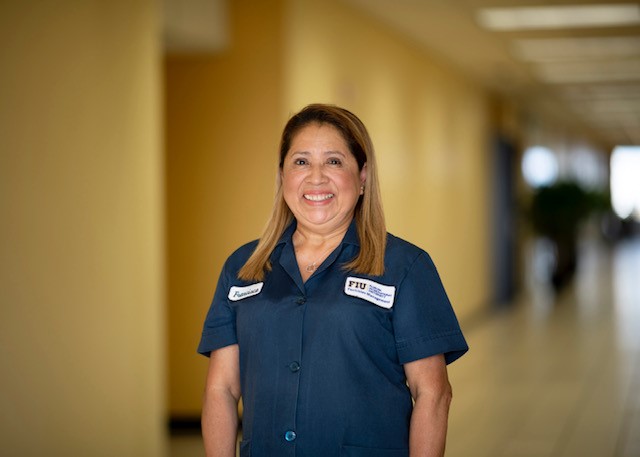 Meet Francisca Fuentes. She now works at FIU as a custodian. Born in El Salvador, in the coast of El Cuco, San Miguel, Francisca was raised in Morazan. Morazan was ground zero for some of the nastiest violence in the country. Francisca and her family left behind this instability and arrived in the U.S. in 1989, first living in Orlando and then moving to Miami.

Through the Nicaraguan and Central American Relief Act, Francisca earned legal status and eventually her U.S. citizenship. In Miami, to make ends meet, she worked at a pet shop, clipping birds’ wings and toe nails. Eventually, she opened her own pet shop in the city of Sweetwater — one block from FIU. But the financial downturn in 2007 made it impossible to continue her business. Then, the mother of three utilized her family networks and her good work ethic to land a cleaning position at FIU. She worked nights for many years in our Ocean Bank Convocation Center and more recently helps to maintain our Academic Health Center at the MMC. 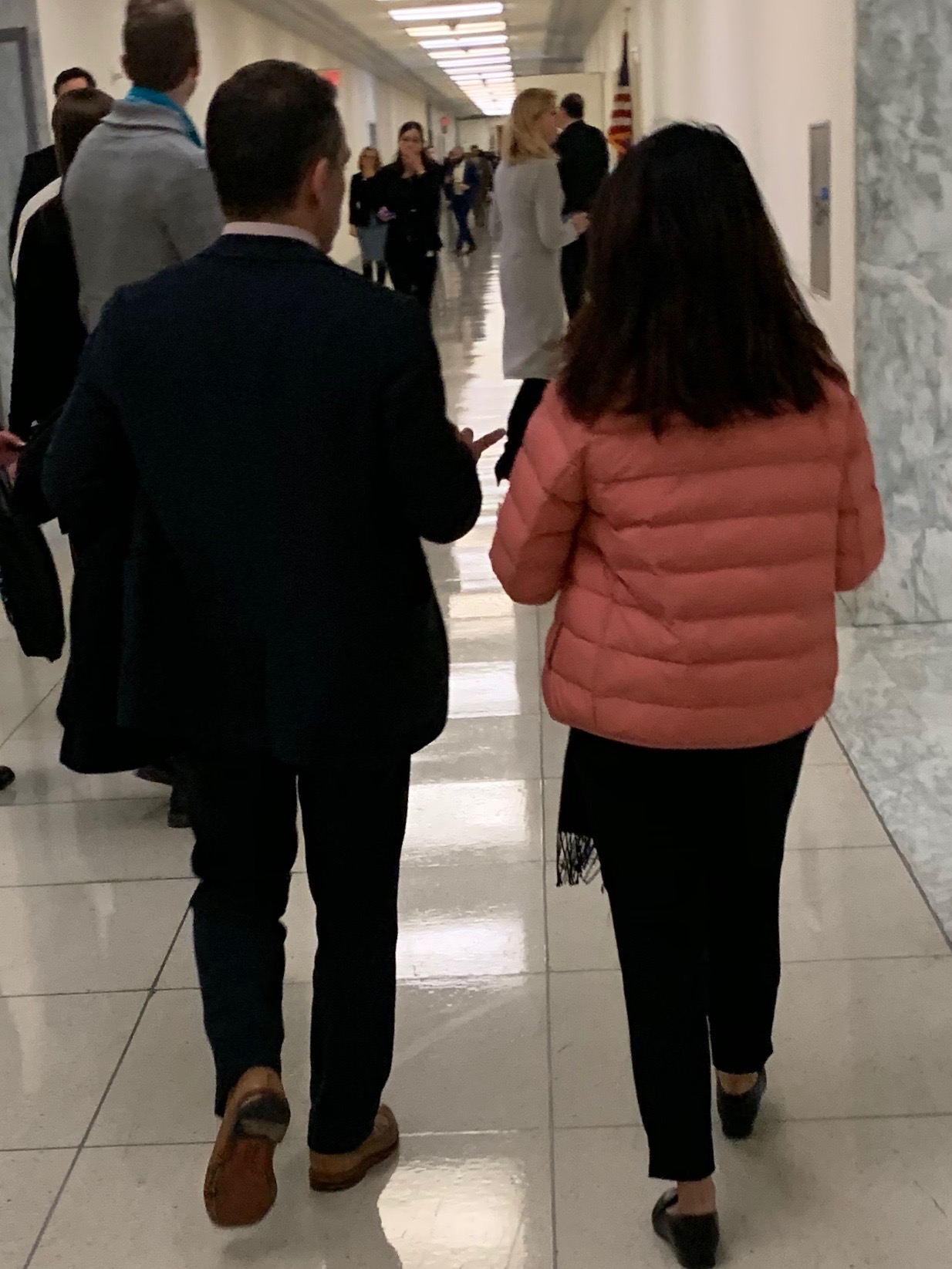 Fast Forward to Wednesday of this past week. Here was Francisca’s daughter, Mariela Baires, an FIU intern in Washington D.C., gliding through the Longworth House Office Building, like a seasoned Capitol Hill insider. She had just come from a meeting at Congressman Donna Shalala’s office and was on her way to interview former U.S. Congresswoman Ileana Ros-Lehtinen.

When she graduates from FIU in just a few weeks, Mariela will be the first college graduate in Francisca’s family. Mariela is a senior majoring in Public Relations, Advertising and Applied Communication. As an intern in our D.C. office, she writes and manages the office’s social media accounts, hoping to gain more followers and expand to multiple platforms. She also represents the university at conferences and panels in the D.C. area and helps manage our Washington talent lab cohort, including planning events and booking guest speakers. 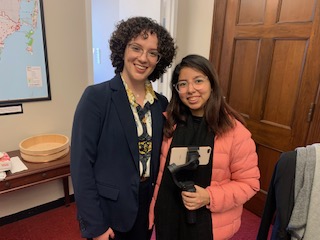 Mariela is currently working on the production of a podcast to help bring more attention to FIU on a larger scale, with focus on research, student success and the impact of our university in the community.

Mariela explains her success by the fact that she “always had people pushing her,” including her middle school adviser, a Ms. Fowler who used to tell her that “she has the world.” She also points to her Honors College instructor and professor Anthony Rionda, who first inspired her interest in politics, especially how policy is created. And Mariela also gives credit to a supportive family “that will go to the ends of the earth for me.”

“I wanted to be in the center of it, and decided to apply [for the FIU D.C. internship] … on a whim,” she said, adding that her decision to move to D.C. for the semester was made in two weeks. She indicated that her best friend — a high school classmate — has been incredibly supportive, letting her move in and showing her how to use the D.C. Metro. 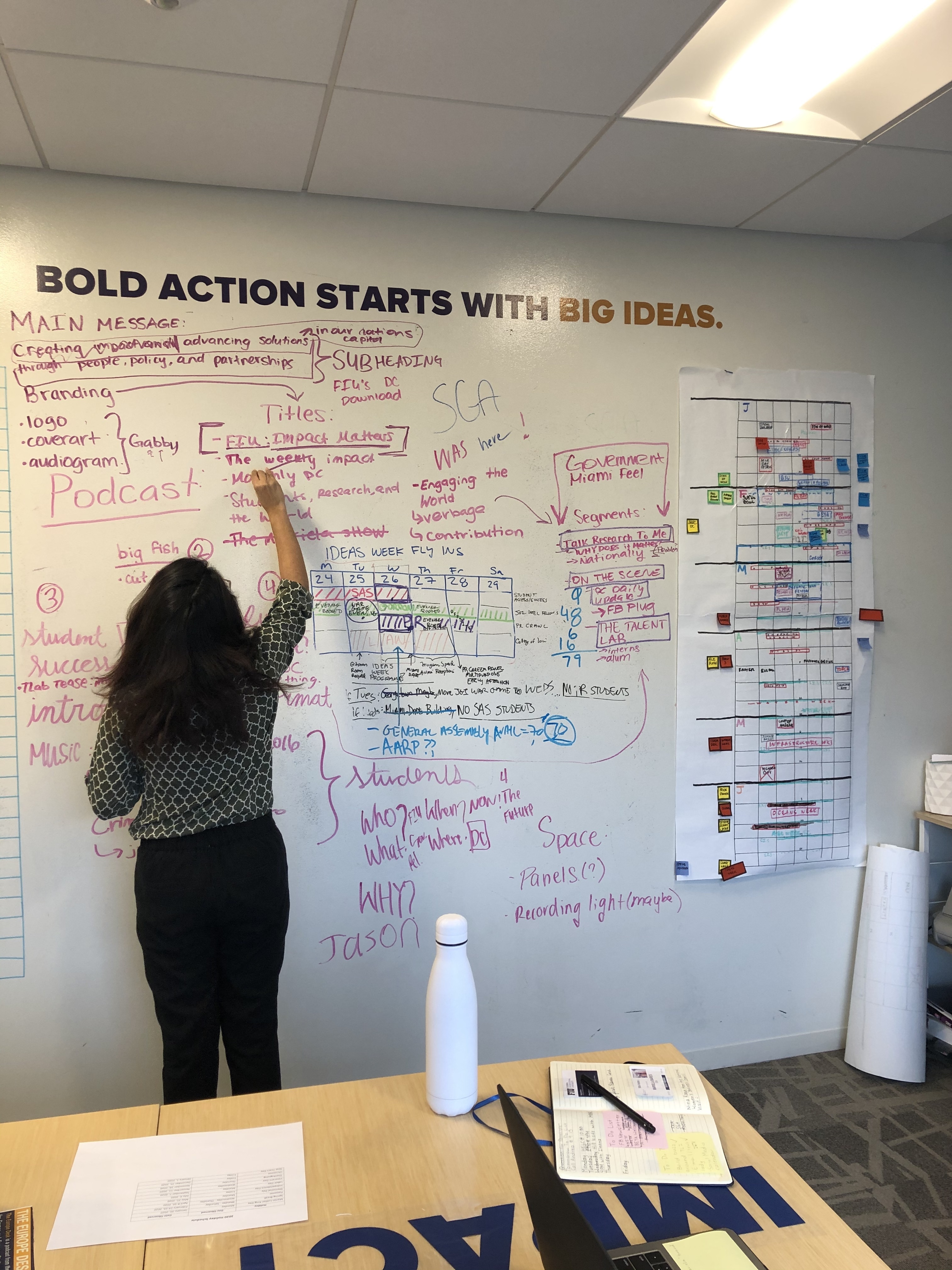 Now our daughter of immigrants plans to become a permanent resident of D.C. She loves the fast-pace of the city and the fact “that people move with a purpose there.” She hopes to land a campaign position or something in public relations related to health care. (By the way, her favorite color is grey and she loves the number 7).

Our gain is El Salvador’s loss. This story repeats itself again and again. So many of us have more or less this same trajectory. What an irony: I am now living directly and personally what we saw and predicted 30 years ago. What an irony: at about the same time we were writing our 1989 report (and fretting over thousands of the conflict’s displaced families), Mariela’s family members were desperately exiting their homeland with dreams of a better life in the United States.

Our intersection is fortuitous. Imagine, our FIU is helping to make Francisca’s dreams for her family a reality, and we are blessed with her Mariela, the living embodiment of their dreams. This is very special, something to celebrate, a real triumph!