The community came out last night for a friendly crosstown rivalry: the FIU Panthers versus the Miami Hurricanes. In case you were one of the few who missed the football matchup at Marlins Park, let me tell you we all had a blast. And FIU won!

Some had us losing and even a few of our alumni had their doubts going into the game. But FIU has a history of exceeding expectations, so no one should be surprised—either by what happens on the playing field or in our classrooms and labs. We are doing it all. 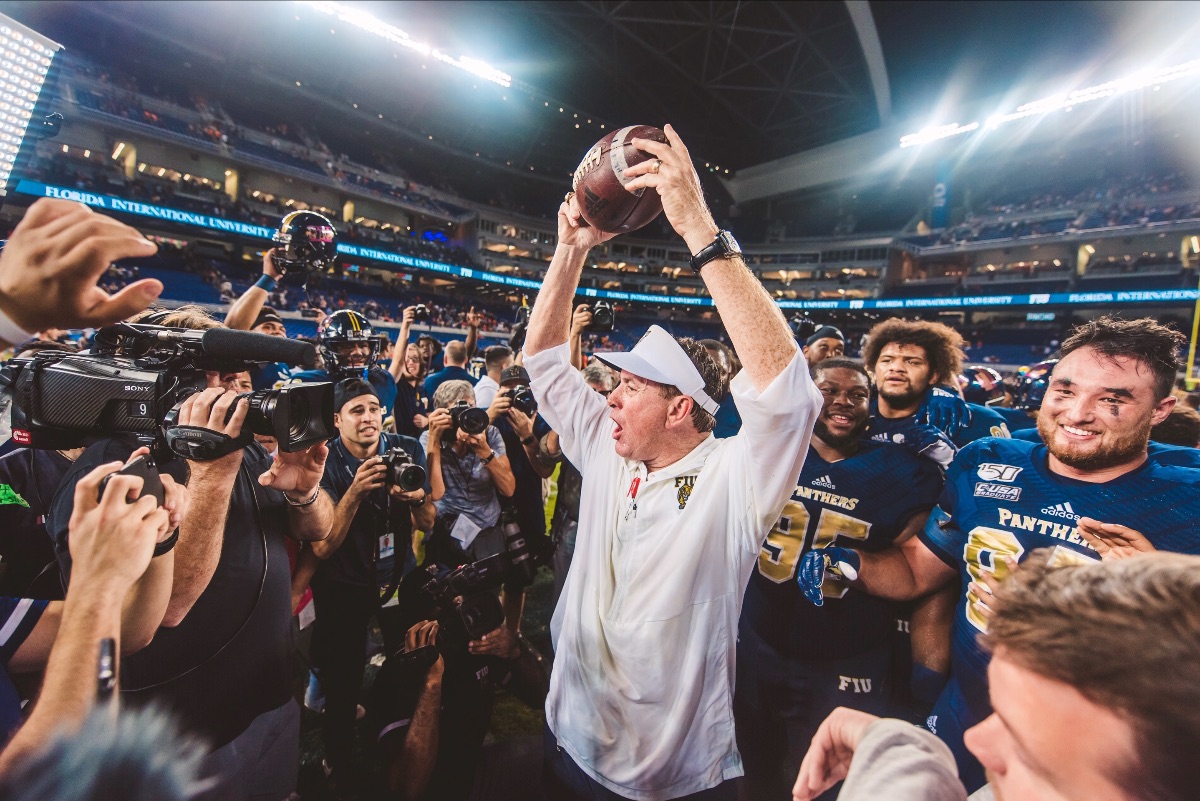 As we celebrate our victory and head into Thanksgiving week, I want to give thanks for the incredible privilege to serve our university as president. I will do so by telling two brief stories of memorable experiences I’ve had as president that keep my faith high for our university and the country.

An Academy is Born

Within days of starting as president in August 2009, I met with a member of the Miami-Dade County Public Schools Board who had a simple request: Would you please open a high school on the main campus of the university? In the face of rising concerns about our limited access for eligible graduates, I had actually already given a lot of thought to how we might deepen our relationship with the public schools as a means to strengthen the “pipeline” of access to our university. This particular idea had not arisen at that early point of my becoming president, but I thought it had real potential to have impact. I asked our team to not only quickly review the possibilities, but to actually start the school immediately so that we could admit students in time for the 2009-2010 academic year.

My team, a powerhouse of hard-chargers with great initiative, but still very much in formation, also liked the idea but cautioned that the proposed enterprise might need more systematic planning. Perhaps we should wait for the next academic year (2010-2011) to open the school, they said. Good advice, but I did not take it. We forged ahead and I am glad that we did. Within days of the announcement, we had dozens of applications from parents in the community validating our go-forward decision. They wanted their kids to take classes on our main campus. They wanted this experience for their children!

Weeks later, as the Academy of Advanced Academics (AAA) was establishing itself in cramped on-campus headquarters, I was browsing new FIU gear in the Barnes & Noble bookstore on campus. A young student, browsing as well, passed me. But I noticed that about 10 steps in front of me, he did an abrupt about-face and then purposefully walked directly toward me. Not sure of his intent, I began to assume a ready-set posture—not knowing why exactly the about-face had occurred. 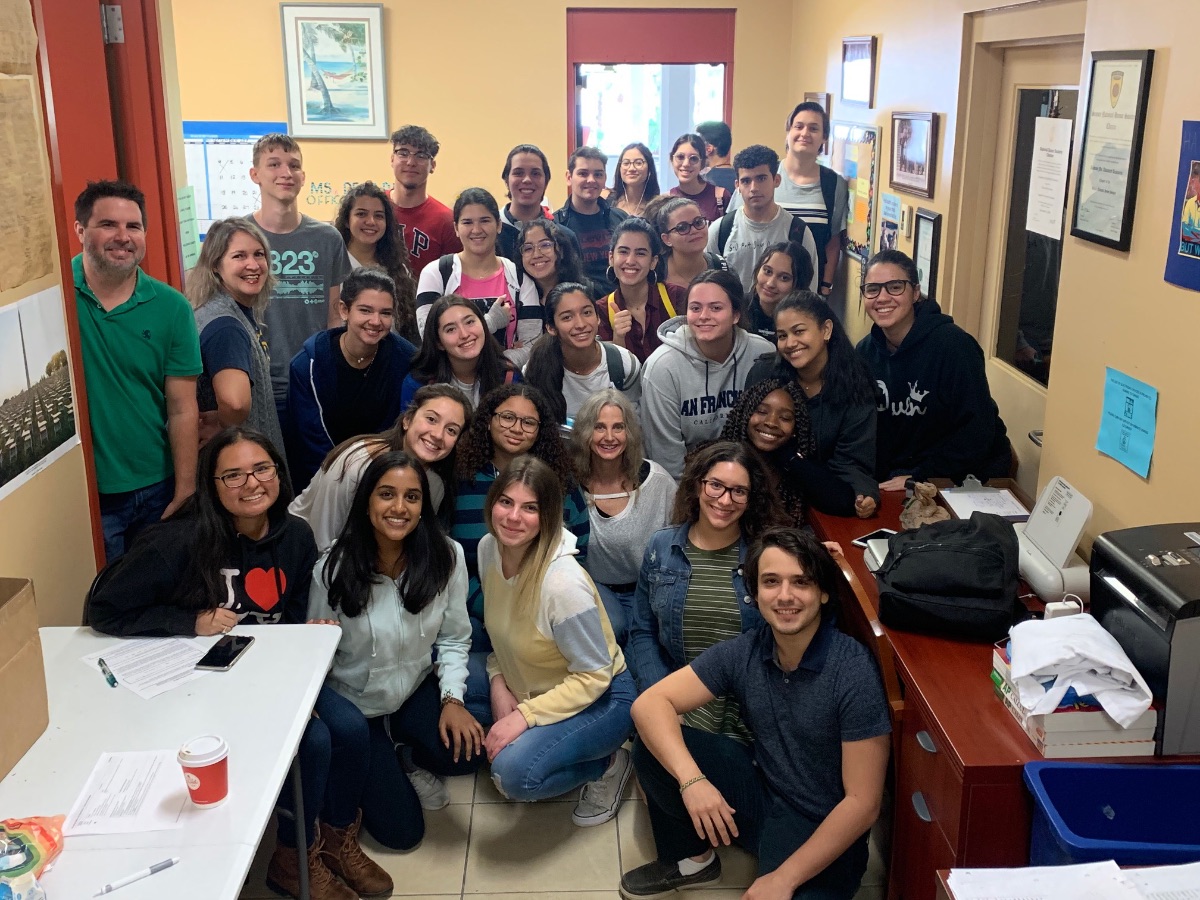 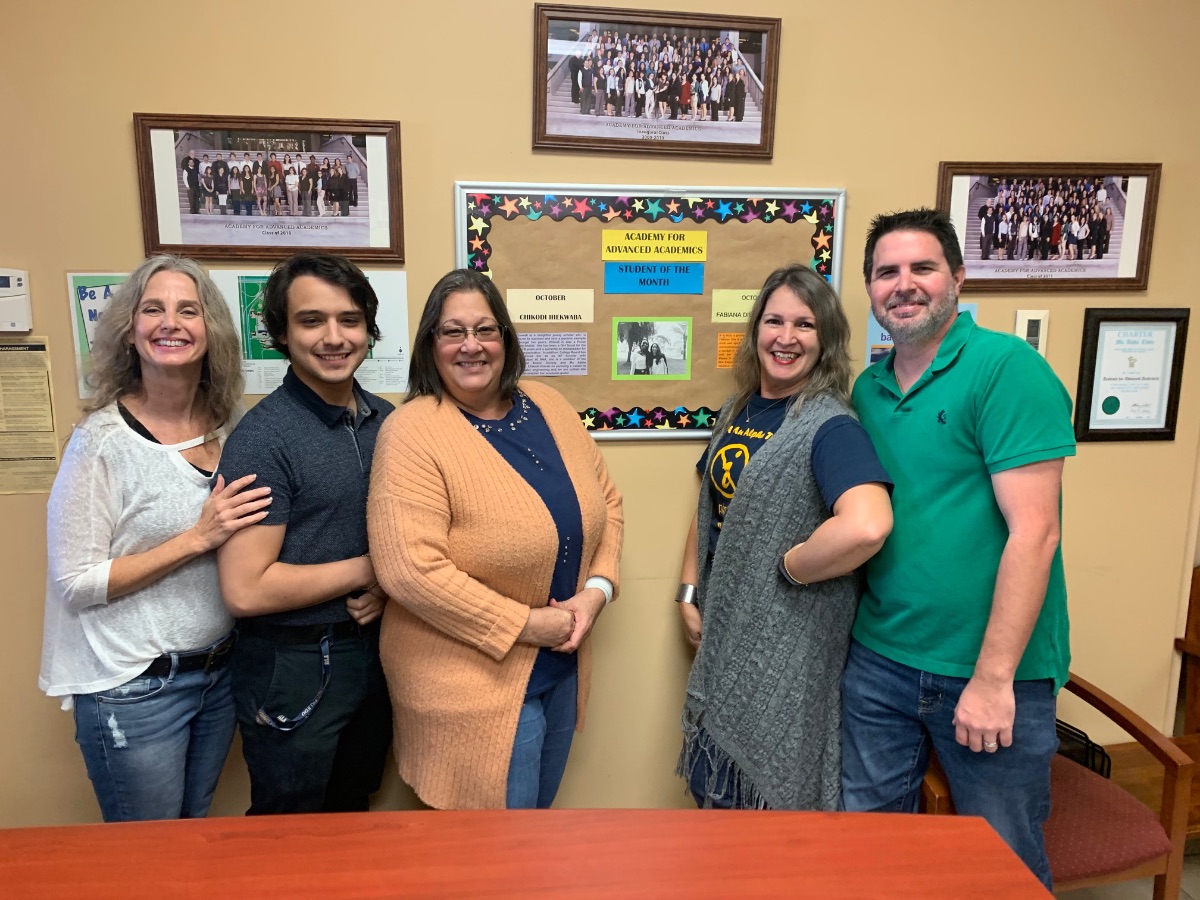 But his approach was friendly. He introduced himself as Michael Perez. Was I the president of the university, he asked? Then he warmly gave me genuine thanks for opening the Academy. He explained that he was a student in the program and that he enjoyed it immensely. I was surprised to learn that he was just 16 years old; he had incredible poise and confidence.

Even as Michael was completing high school on campus, he was already taking university-level courses through the Honors College and he graduated five years later with both his high school and college diplomas. Listen to what he got done while in the AAA and at FIU:

Michael worked with several mentors here at the university. Studying under Professor Jamie Theobald, he developed a research technique to determine how mosquitoes sense human odors while in flight. This work could help scientists develop more effective repellents in safeguarding against disease transmission, including Zika and dengue fever. In the community, Michael worked alongside Herbert Wertheim College of Medicine Professor Onelia Lage to assess the oral health of families through NeighborhoodHELP. On campus, Michael served as vice president of the student pre-med club STITCH — Students Taking Initiative Through Collaboration in Honors. He was a leader in their first medical brigade to the Dominican Republic, where they delivered more than 500 pounds of medical supplies. He also taught an organic chemistry lab and was a resident assistant in the PantherLIFE program for students with unique abilities. 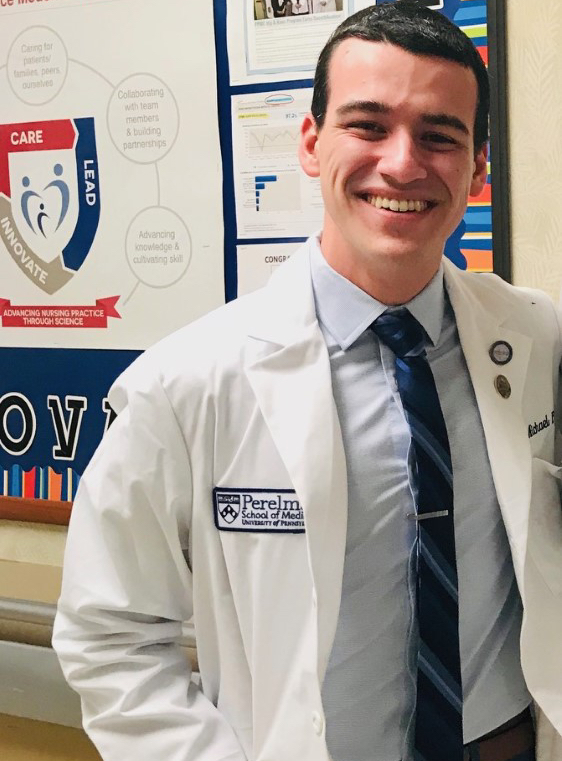 Fast-forward to today, and Michael Perez is a third-year student in the University of Pennsylvania’s Perelman School of Medicine. He intends to be a neurosurgeon involved in clinical research, education and urban health initiatives.

Credit a dedicated and hard-working cadre of teachers in the Academy—who genuinely take pride in their students and are passionate about learning. Credit a caring community of faculty and staff at FIU who want to make a difference in the lives of our students. Michael is just one of scores of AAA students who have excelled in this collaborative academic environment that we have created for them!

Then there is “Google.” I do not mean the company. Let me explain. We are blessed that our Tamiami campus is surrounded by elementary schools. Imagine being a young child growing up in the shadow of an energizing university. Our Patricia and Phillip Frost Art Museum has developed an excellent working relationship with Sweetwater Elementary School. Their principal, Janet Olivera, is one of the most dedicated, enthusiastic and thoughtful educators anywhere. And she loves her kids—that is very clear. 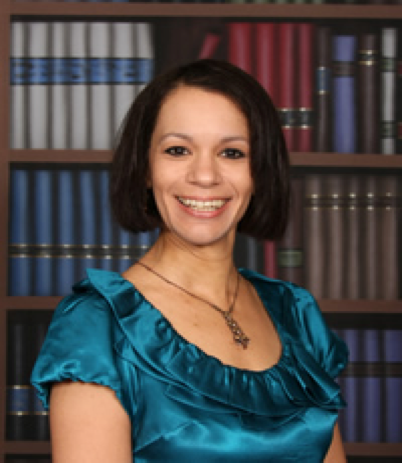 Our enterprising team of educators at the Frost Art Museum have developed numerous programs to foster art appreciation and learning for elementary school children. They found a way to turn an exhibition by influential postwar German-American artist Hans Hofmann into a hands-on learning project for the students. The experience not only took them and their families to the museum to see the artist’s work, but they also inspired the students to develop their own tile mosaic that is now permanently at the entrance to the school. Special thanks to Frost’s Miriam Machado for her passionate creativity in working with the school leadership to make this happen. 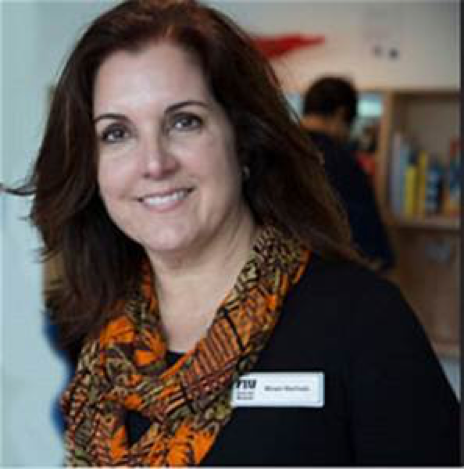 But wait—this is not all. I was invited as a “guest of honor” for an evening tour of the school’s art and project exhibition in the multipurpose auditorium of the school last year. Fourth, fifth and sixth graders not only had their art and projects on display, but the kids “took over” their entire show by naming a “museum director,” the show’s “curator,” and numerous “docents” from among themselves to essentially simulate a museum in operation. I was greeted at the door by young students from the school who introduced themselves respectively as the museum “director” and the “curator” (in faux horn-rimmed glasses and her hair wrapped in a tight bun atop her head). They accompanied me to view each of the projects where I was instructed by the “curator” about the particular project’s meaning.

I was essentially swept away by their gusto for their respective roles and by the zeal they displayed in guiding me through the seemingly endless art and science projects on display. From the corner of my eye, I spotted the principal, Ms. Olivera. She had abandoned me to the kids and I was essentially their ward for nearly two hours—project by project, artwork by artwork.

Now the night was wearing on and one solitary project director was left near the middle of the auditorium, patiently waiting for my arrival. Tick tock. I knew that I could not leave until he got his opportunity. As I approached, the director and the curator distanced themselves as if they were done with their responsibilities.

There I was face to face with this young man, a slightly gaunt fourth grader who introduced himself as “Jorge.” In front of him were two displays depicting the history of light. Jorge then took about 25 minutes to explain in detail and without notes, the history of light and how his project portrayed that evolution. I kept thinking, as he went into excruciating detail, how one should never pre-judge the thoughtfulness or brilliance of another human being. Jorge literally flabbergasted me with his command of the material, his confidence in presenting it, and his determination to cram as many details (again without any notes) into his narrative. 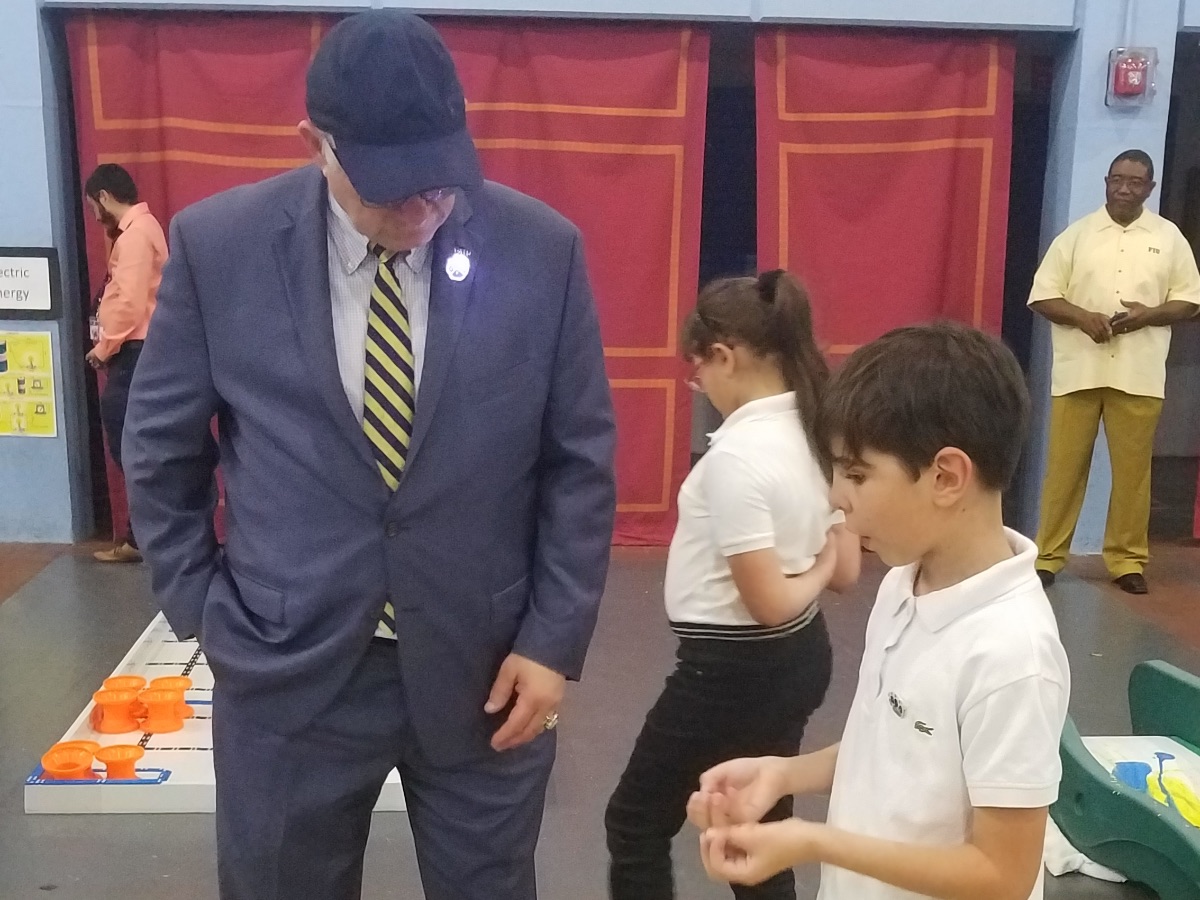 He finally finished. I was mentally done, a long day accompanied by a demanding and stimulating evening with high-energy kids. I invited Jorge to visit our Engineering Center and to meet with our scientists who were working on solar energy and radio waves. His mom by that time had appeared. I assured her that Jorge was very impressive and that I wanted him to attend FIU. She beamed. As we inched out of the now deserted auditorium, the principal reappeared. She was beaming too, and knew that I was impressed with Jorge. Then she muttered quietly to me (in my good ear) something that I will never forget.

“They call him Google.”

My response: “They call who Google? And who is they?”

Ms. Olivera’s response: “Jorge. His classmates call him Google. Because he is so smart.”

No wonder! Here we were in this unassuming but high achieving elementary school with at least one young genius among us—a fourth grader—and we will all be better off for his brilliance. I left that evening jazzed up for sure—and gave thanks for the incredible opportunity to be uplifted by those kids and especially Jorge.

So, as we begin our Thanksgiving festivities, these “incidents” of travel—albeit far less distant and exotic than those of John Lloyd Stephens, give me hope and optimism for our future as we enter into this all too short season of appreciation and love. Michael and Jorge, among so many other determined achievers associated with FIU, give us reason to alter our tone, to reach out and listen better, to stop the snarling and scorning and get on with building a better world.